The Last Generation of Love (LP)

by The Holy Gasp 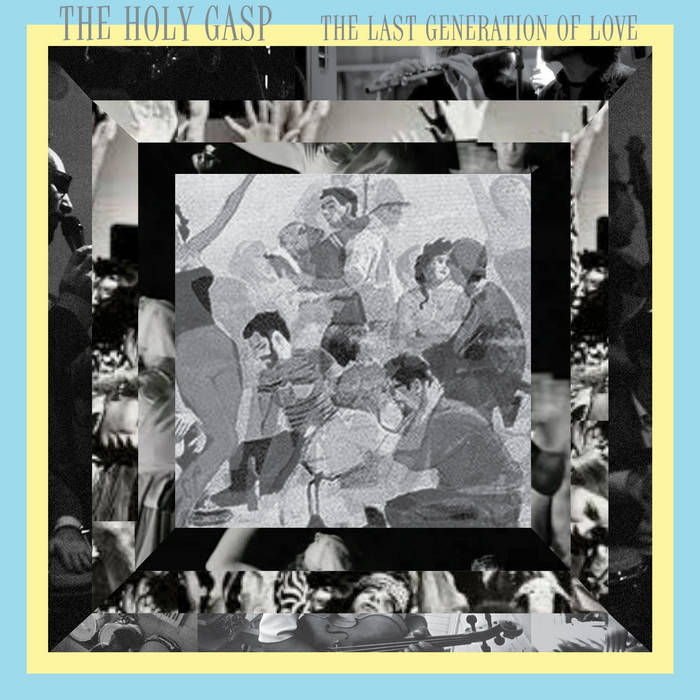 thmnwh hsfld If Perez Prado became suddenly very angry and travelled forward through time to team up with Tommy Tokyo and form a beautiful band then something along these lines may be the result. Glorious! Favorite track: A Boy And His Pony.

The much anticipated first album by The Holy Gasp.


"...undoubtedly one of the best Canadian albums of the year. There’s not an ounce of fat to be seen here—just an astoundingly crazed and powerful collection of cohesive protest."
GRAYOWL POINT

"This is one of the best albums to come out of Toronto in 2015."
TORONTO MUSIC REVIEWS

"The Holy Gasp feel like a cult band that hasn't become cult yet."
ROCKFOTO

"Warning of an impending apocalypse with bongos and brass instruments, Toronto five-piece The Holy Gasp have come to preach repentance and redemption on The Last Generation of Love .... the band’s debut burns with a fire-and-brimstone intensity pointed directly at apathy, cultural decay, and the “generation that don’t wanna make a stink” ... Hackman is an eccentric, electric frontman, aiming his smart lyrical tirades at modern-day pestilences from parasitic insects ('Bedbugs') to polarizing politicians ('Stomp Out the Man') to self-affirming preschoolers ('A Daily Affirmation'). He’s perfectly matched note for note by his bohemian band mates, a brotherhood of musical chameleons."
QUICK BEFORE IT MELTS

"Plainly put, Hackman is quite mad. He approaches singing with the maniacal, reckless abandon that one normally associates with the craziest of punks."
RIDE THE TEMPO

"I can safely say that this is the punkest shit I’ve heard in a long while. Directly derivative of nothing ... the Holy Gasp are aural sex, untethered and vigorous."
NAKED UNDERGROUND

"The Holy Gasp’s latest work is some of the best fun you’ll have this year.... Unpredictable, funky and strangely entertaining, The Last Generation of Love is a needed addition to your music collection."
DUSTY ORGAN

Arranged collectively by The Holy Gasp:

Love and gratitude must be paid to our sweethearts: Sarit, Alex, Stevie, Jyll, and Heather. Margarita Osipian, Nika Rae Zelina, and Karol Orzechowski all generously photographed and filmed us, and designed our merch. Benjamin Reinhartz, Eric Warner, Ian Chai, Adam Bentley, James Lindsay and Jakob Rehlinger generously allowed their brains to be mined for useful information and sage advice. Thanks to Kristjan Harris and Amelia Laidlaw at Saving Gigi for their hospitality, and to Roberto Granados-Ocon at Exclaim! TV. Thanks to Michael Louis Johnson, Dan Burke, Luca Capone, and Felix Linden, each of whom offered invaluable encouragement at various points throughout the completion of this album. For their financial support, we are also grateful to the Toronto Arts Council.

If you have to ask, you'll never know.

Bandcamp Daily  your guide to the world of Bandcamp

Benji B talks about his new compilation ‘Deviation Classics’